Garment directory is a great place for garment manufacturer, buyer, and stock lot list. Listing your garment related business to the directory, you can get more lead to your business. Communicate with garment buyer of different country or search the manufacturer or seller.

Button is a familiar word to us. Actually when we thing

60% of garments exports incomes comes from the Eurozone

European market has been working with us for the last 30

Zipper! When your ear catches this world what thing at first 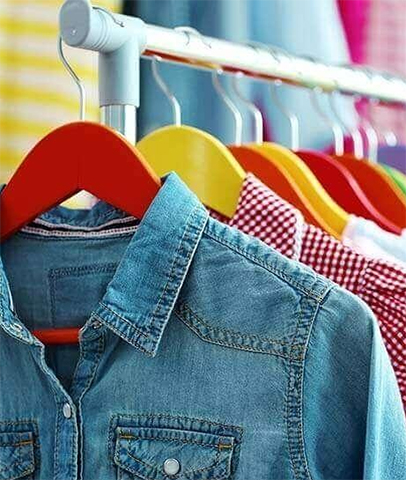 Traders seeking for an Asian stock market comeback in 2022 will be watching Chinese stimulus, the dollar's path, dwindling retail involvement, and the prognosis for share listings.

Lower values could help the argument for a return after the MSCI Asia Pacific Index underperformed its global counterpart by approximately 20% last year. It fell 4% as a result of China's regulatory crackdown and slower growth, but investors are optimistic that Beijing's return to pro-growth policies and increased immunization rates in the region could turn the trend around this year.

According to David Chao, global market strategist for Asia Pacific ex-Japan at Invesco, "it's possible that Asian stocks outperform their global peers" since regional economies could start to reap bigger benefits from higher levels of vaccines and reopening.

Traders predict mainland stocks to rebound this year as Beijing pledges to bolster the country's faltering economic development, which has been hampered by a housing downturn and weak consumer demand. Various ministries have pledged support, including increased fee and tax reductions, and the People's Bank of China is already pumping additional cash into the banking sector. More softening measures are planned as well.

More clues on pro-growth policies and the "shared prosperity" agenda will be widely studied at political meetings like the National People's Congress in March. The 20th Party Congress, which will take place in the second half of 2022, is also significant because it has the potential to cement President Xi Jinping's rule for the rest of his life.

After a year of regulation that hurt tech, private tuition, and real estate companies, BlackRock Inc. and HSBC Holdings Plc are among those who believe the worst of China's regulatory campaign is over. "In such a crucial year, it seems necessary to focus on stability and growth rather than restructuring and new laws," said Herald van der Linde, HSBC's Asia Pacific head of equity strategy.

Given the recurrence of domestic viral cases, China, the only country in the world with a Covid Zero policy, will likely keep its borders closed ahead of the Winter Olympics in February. However, once international borders are opened, it could be a major catalyst for cyclical stocks across the area, from airlines to luxury firms, with Chinese visitors being the world's greatest spenders.

With the Federal Reserve reducing stimulus and raising rates at least three times next year, the impact of a higher currency on Asian assets is a worry. It might impact on commodities and currencies in 2022, especially if Chinese GDP slows, adding to limitations on rising Asian economies at a time when domestic monetary policy is tightening.

Retail investor involvement and new account openings in areas like South Korea and India are showing signs of tiredness after a two-year frenzy. This could minimize market volatility and crowded trading in 2022, allowing more fundamental-based international investors to participate.

At a briefing this month, Chetan Seth, Asia Pacific equity strategist at Nomura Holdings Inc., said, "A lot of foreign investors who tend to be more fundamental will start looking at Korean companies again." "Taiwan's central bank is expected to raise rates twice in 2022, and it could be the catalyst that just slows down retail trade participation."

Investors will be looking forward to a number of so-called homecoming IPOs, notably Didi Global Inc., after a turbulent year for Hong Kong stock listings. However, due to China's regulatory tightening, interest in those listings may wane.

Meanwhile, as the first wave of special purpose acquisition firms receive approval to list in Singapore and Hong Kong issues a regulation, the blank-check company mania may finally make its way to Asia.

Bangladeshi clothing factories are extremely unsafe. 500 workers have died in fires, which have been attributed to basic fire safety items such as fire escapes and sprinklers being absent from the buildings, and companies padlocking the exits to stop theft. Workers are paid very little and have no rights.